Over the last few weeks, we have tried to cover various aspects of language. We have tried to attempt to answer various questions such as what is language? We have also tried to make a list of all the languages in the world and we have given short explanations of each language.

In this post we are trying to answer yet another question; Who is a linguist? And what do linguists do and what is the actual job of a linguist.

We hope we will be successful in finding the answers to the questions that you have in your mind.

Who is a Linguist?

A Linguist is a person who studies languages. The linguist can study one language or many languages. They can also do a comprehensive study of more than one language by finding the origin of a language such as a language family that a particular language belongs to, it’s history, its usage, and most importantly the grammar of the language.

It is the job of a linguist to study the sound of a language and how words evolve throughout history and how it spreads geographically. 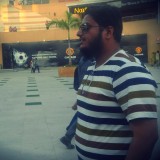